As a writer, it makes sense that I would express myself better through writing than live conversation. If I could prepare all speeches on cue cards, even for trivial daily interactions, my life would be a much more comfortable and poetic experience. If only letter-writing was still a thing.

I’m aware that my cheeks might blush bright pink when I speak , even if I’m well-versed in the topic, so I avoid public speaking, even to small groups of people. There have been times when I’ve had to get over that and get on with it, which is when I have pleasantly surprised myself, but I can’t tell how my words are coming across, and I don’t know if anyone truly understands what I am saying, until I’m met with a definitive reaction. I doubt I’m alone in that experience.

But that misunderstanding has now crossed the line into my written words too. I know I have to be careful about getting sarcasm across in text messages, which is almost impossible (thank you emojis, thank you caps lock) and I have been accused of hostility when my intention was hilarity, but I don’t expect a simple message with very clear intention to be taken so badly and blown so out of proportion, as this…

I recently had an influx of friend requests on Facebook, and at some point I hit accept on a whole list of them without thinking. The strange messages that followed made me realise my mistake so I went back through deleting people I don’t actually know in real life. However, in order not to offend anyone who may have added me unintentionally, when they meant to subscribe to my writer page, I explained and added a link to the page. It was a short concise message that I thought was clear. I didn’t expect it to be misunderstood.

One of these people responded, confused, as I had actually added her and she had accepted me because we have a mutual friend. I went on to apologise and explained the mistake I had made and why. Again I thought that my intention and message was clear.

She decided to write a scathing public post about people attempting immoral business tactics and, along with about 20 other people slated my mishap in a very public conversation as if I had intended to mislead people to drum up followers. In one of her comments she told someone that she had previously been considering going into business with me but now I had f*cked up my reputation… I’m not sure what kind of business we would have gone into, as I am a writer and she works in a very different arena but, even as an objective reader of her post, I would not have thought that was a particularly professional way to talk about anyone. I felt humiliated, and very much misrepresented, but thankful that she hadn’t mentioned me by name. I assume she thinks I don’t know what she wrote because, privately she thanked me for explaining and for my apology, but she hasn’t corrected what she shared with the public. The frankly bitchy and aggressive post still stands.

She doesn’t know me, clearly, and she obviously hasn’t thought about how hurtful that conversation was going to be if I happened to come across it and read it myself. She also claims to not usually write posts like this but scrolling down, I found another one about someone who had made the fateful error of spelling her name wrong.

Its just another lesson learnt about the importance of how we communicate, how we treat others, and how we react to their treatment of us. None of us know the background to a conversation, why someone holds their perspective on the world, or how our words might affect them. Some people struggle with communication, some people don’t have a voice with intonation, some interactions have to be taken on with an open mind and a pinch of salt. Factors like education, upbringing, culture, and learning difficulties, can make communication a battlefield. I don’t know this person’s story either, or why she is so quick to make a stand on something so inconsequential, but that’s not for me to judge, that’s for me to let go.

I was trying to find the positive in this experience, which for me personally is minimal, but I gave her some interactive content for her to use to connect with her followers and she triggered me to write this post. So hopefully one or both of us will get a message across to someone else as well as learning lessons of our own. 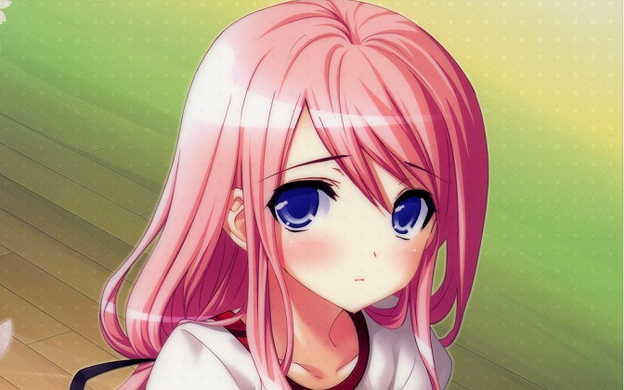